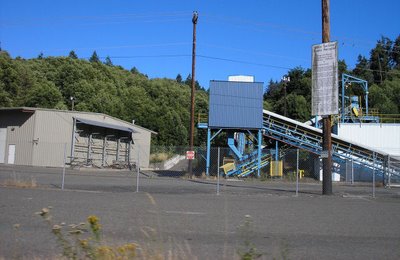 We were driving through Steilacoom on our way to a play in Gig Harbor on Friday. I thought this was an old closed factory. The sign says it is the West Tacoma Public Recycle. I don’t know if it’s still used, but I thought it was an interesting set of buildings.

This is a bunch of people in cars waiting to get on the Steilacoom ferry to McNeil Island. I have never been there. It has quite a history as a prison – first for Washington Territory then a federal penitentiary when Washington became a state in 1889.

Its most famous inmate was probably Robert Stroud, the “Birdman of Alcatraz,” who was held there from 1909 to 1912. By 1937 the federal government, which had been accumulating parcels adjacent to the penitentiary, had purchased all the land on the island and compelled its last residents to leave. Charles Manson was an inmate from 1961 to 1966 for trying to cash a government check.

Washington state took over the penitentiary from the federal government in 1981. It is now called McNeil Island Corrections Center. According to the state, it is the only facility in the U.S. to have been a territorial, federal, and state prison, and is the only prison left in North America that is only accessible by boat or air.

Then today we went back downtown to Percival’s Landing for a walk. It was a beautiful day and there were lots of people and boats of all shapes and sizes. 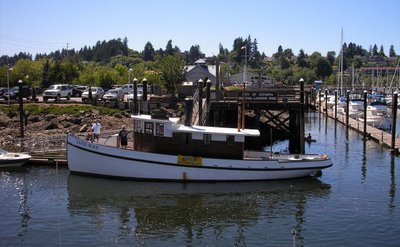 This is the vintage tugboat Sand Man. Alec and I have watched it being restored over time. 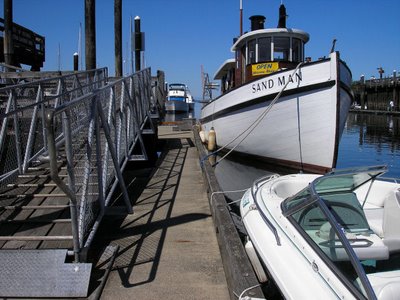 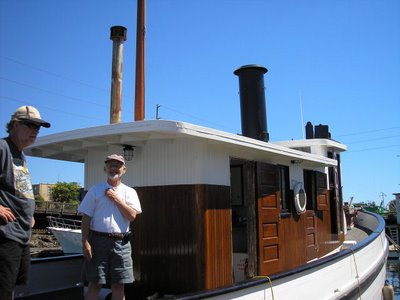 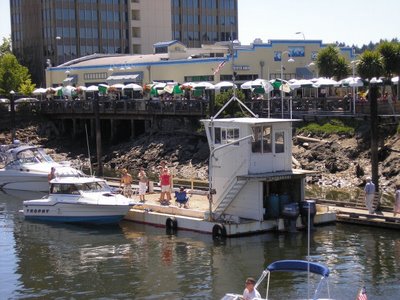 This strange looking boat was tied up on the dock next to the Sand Man. We didn’t see a name on it. 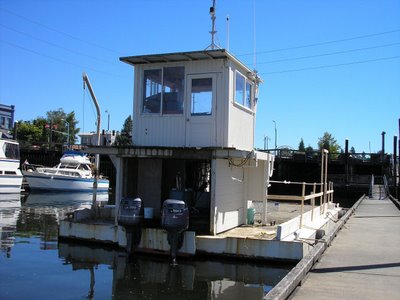 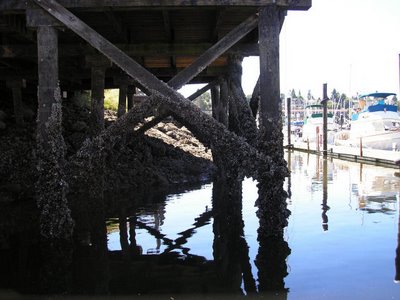 I found these views below of what is under the piers wonderful! 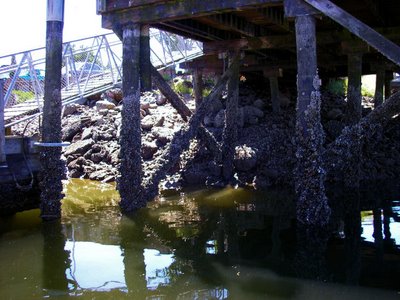 1 thought on “In & around Olympia”