Tomorrow night (Wednesday) ‘Sordid Lives: The Series’ begins on LOGO TV. The movie Sordid Lives was fantastic and I expect the show to be too. 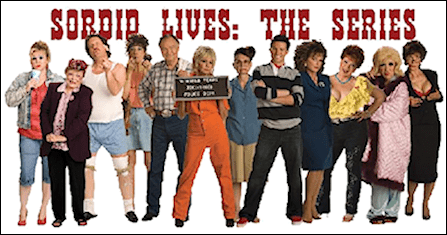 Del Shores is also the author of the play ‘Southern Baptist Sissies’ which I saw first in Los Angeles (thank you, Michael) and then when it was done here at South Puget Sound Community College, but I heard about the movie ‘Sordid Lives’ long before that from our friend Dan in Seattle (thank you, Dan!)

Read Small-town tale ‘Sordid Lives’ comes to TV
NEW YORK – On “Sordid Lives: The Series,” the colorful folk in a certain Texas town are back in action after having won an avid following with the 1996 play and 2000 movie of the same name.

This Thursday night we are going to Seattle to see ‘Bare’ which is playing in Seattle until July 26th. 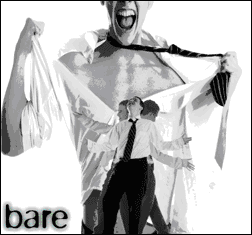 … a gripping, provocative pop opera about students during their senior year in a private Catholic preparatory academy and their struggles with first love, sexuality, drugs, parents, and religion. A cross between Rent and Dead Poet’s Society, bare tells of the relationship among a group of friends, including the secret lives of altar boy Peter and his roommate, the popular Jason.

The Seattle premiere of this hit Off-Broadway musical is performed by enormously talented students aged 17-20 who won their roles in a vigorous competition for 13 exclusive spots in ArtsWest’s award-winning Musical Theater Apprentice Program.

And for those of you lucky to be anywhere near Coral Springs, Florida …

ZERO HOUR with Jim Brochu has been extended to August 10th at the Broward Stage Door Theatre. 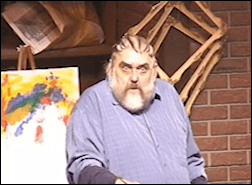 I’m not close enough to see it there but hope to some day.

Find out more at Zero Hour
and
The Broward Stage Door Theatre.

3 thoughts on “See these if you can! Sordid Lives / Bare / Zero Hour”