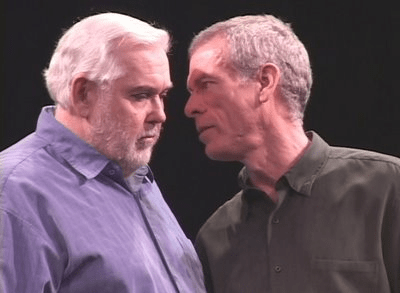 Going into our last weekend of performing Big Voice in New York, we were curious to see if anyone would notice.

The reaction to the show was explosive from the very first word. In fact, all three shows over the weekend were like this. But, probably because it was such a special occasion, Sunday’s audience was over the top. Most in the audience were seeing the show for the first time. Many had come based upon word of mouth from friends. But there were also a lot of people who were seeing the show for the second, third, fourth and fifth times.

For us, it was pure fun.

Read all of Our 100th Show with Pictures on Steve Schalchlin’s Living in the Bonus Round blog ~ March 14, 2007