Skip to content
Doozie likes to snuggle so much that she nosed and pushed herself inside my zippered vest yesterday for a nap while I was trying to work on the computer. 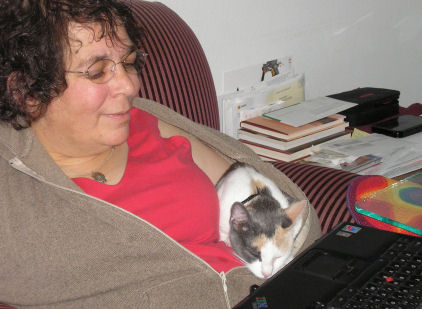 She also crawls under the covers part of the night and curls up by our legs. 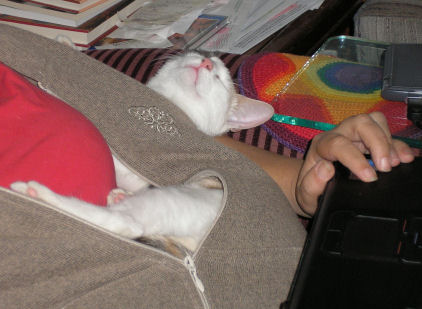 When the boys were little we used to carry them in a Snugly front baby pack.
This is kind of like that.

And here are a couple of extreme close-up shots: 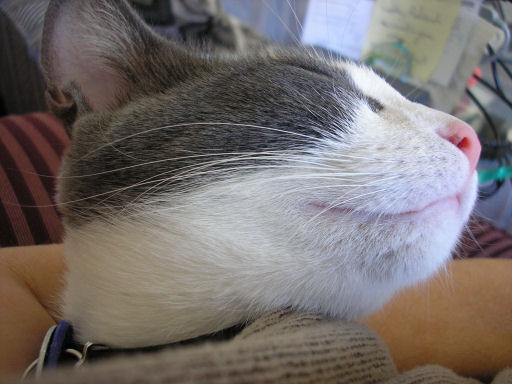 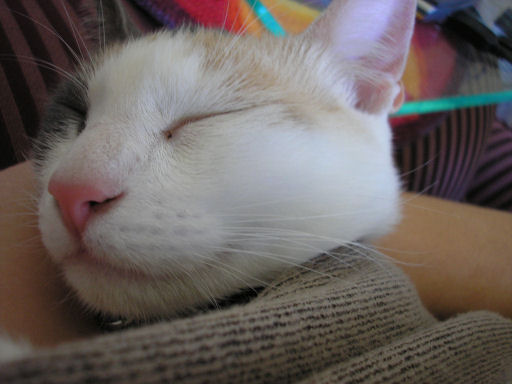 Alec and I took her to the vet today for a check up and a rabies shot.

Dr. Natalee surprised us by telling us she’s probably around a year and a half old. And it looks like she already had a litter of kittens before she was spayed. We thought she was a teenager.

So she’s full grown but a small cat. The vet said she’ll grow rounder as she ages but not bigger. She probably has a little Siamese breed in her mix