Friday night I had another seizure. We were going to Lakewood so Alec could review a play and I started feeling weird while I was talking to my sister on the freeway. Alec was driving ~ I have never driven which turns out to be a VERY good thing. My sister says I used to be a ‘wus’ and now I have an excuse. 🙂

I told Alec and he called 911 as soon as he pulled into the parking lot of the theater. Then it took three people to get me into the wheelchair to the hospital because I couldn’t walk.

Apparently I have to live with this. My neurologist says I was probably born with epilepsy, but sometimes it’s adult-onset. I had never heard that. Maybe it was from my forceps birth? The doctor said sometimes they can do brain surgery to fix the damage, but we don’t have insurance so we can’t afford that and we are trying to manage with medication.

They took me to St. Clare Hospital in Lakewood Friday night and I was there until Saturday afternoon. Some of the time I couldn’t feel or move half my body but I can’t remember now if it was the left or right side.

I’m home now and dealing with some of the weird after-effects. It’s like having a hangover from the seizure except I have never been much of a drinker so I’m not sure that’s the best way to describe it. My brain is scrambled. At this point sounds like music and television are messed up ~ sort of sing-song offbeat, and my skin is hyper-sensitive and feels lumpy but I know its not. Right now I’m sort of clutzy and discombobulated. Oh well. It should pass.

After the one I had in February I kept some notes:

After I came home from hospital on Friday night 02/17/07: I heard singsong iambic poetic pentameter on tv & peoples speech, headache, my ears were throbbing, left hip pain & nightmare of creepy spiders with red goopy stuff. Not much appetite.

And the headache that started with the beginning of the seizure is finally gone. They gave me morphine for that Friday night in the hospital. I never had that before! At least this time they didn’t do a pregnancy test – I told them about that and they thought it was as strange as I did.

The side effects are worse now than they were this morning. More intense. The sounds I am hearing are more jagged and now I am seeing the plastic cartoon faces again on the television. 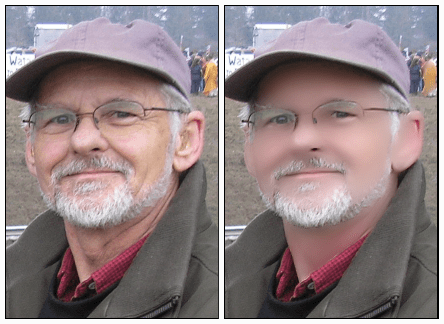 Epilepsy and seizure information for patients and health professionals is at http://www.epilepsy.com