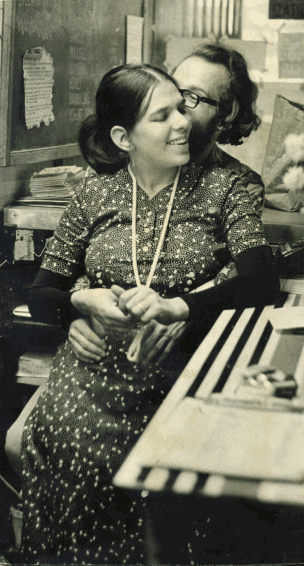 This is Axel and me at Everything for Everybody on 13th Street,
in the West Village meat packing warehouse district in New York City
just a bit after we met.
This was before I was pregnant with Noel in about 1974.

We were so young!
This was 34 years ago. Alec was about as old as Noel is now.

PS: Alec is Axel by Jack Scully who was the benevolent dictator of Everything for Everybody. Alec was also known as Swoosh by his mom … and when he and his twin brother Bill were kids a neighbor-man called them Wiznat and Whistlebritches! 🙂 Alec doesn’t know which one he was.